2019 COACHING SEMINAR DETAILS:
Seminar will be held in August and dates will be announced soon.

Proud native of St. Thomas, Assistant General Manager (GM) of the NBA Milwaukee Bucks, former GM of the Minnesota Timberwolves, and Co-Founder of Emerald Gems Foundation, Inc. is offering their 4th U.S.V.I. Annual Youth Basketball Camps, and 3rd Coaching Seminar at no cost. At the Coaching Seminar, Guest Speaker Vin Baker will share his experience as a former NBA player, and knowledge of the basketball industry. 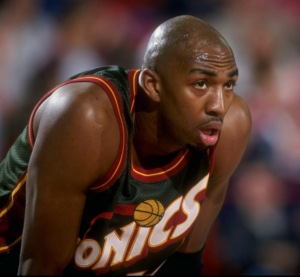 Vin Baker is a four-time NBA All-Star and 2000 Olympic Gold Medalist. The 6-foot-11 power forward attended the University of Hartford where he averaged 28.3 points per game, 4th in the country, and finished with 2,238 points, a school record that still stands. During his final year, Vin was called by Sports Illustrated, “America’s Best-Kept Secret.” Since retiring from the NBA, he has shared his knowledge of the game and experience by coaching men’s collegiate and high school basketball teams, as well as the NBA Summer League. Vin was also an analyst for Fox Wisconsin doing Pre/Post game broadcasting and an Assistant Coach for the Milwaukee Bucks. Recently, he was appointed as Basketball Operations Associate / Director of Program Development with the Milwaukee Bucks. Vin also travels the country speaking at corporate functions, colleges, and professional sports teams to tell his story. He is also the author of the book, “God & Starbucks: An NBA Superstar’s Journey Through Addiction and Recovery”.