Proud native of St. Thomas, Assistant General Manager (GM) of the NBA Milwaukee Bucks, former GM of the Minnesota Timberwolves, and Co-Founder of Emerald Gems Foundation, Inc. is offering their 4th U.S.V.I. Annual Youth Basketball Camps, and 3rd Coaching Seminar at no cost. At the Coaching Seminar, Guest Speaker Vin Baker will share his experience as a former NBA player, and knowledge of the basketball industry.

OUR PAST COACHING SEMINAR GUEST SPEAKERS

We had the honor of Hall of Fame Coach Larry Brown as our keynote speaker of our 2015 Inaugural Annual Coaching Seminar. He shared his experiences as a winning basketball coach, his tried and true practice drills, as well as, X and O strategies to improve your coaching knowledge and game management to 30 local coaches. 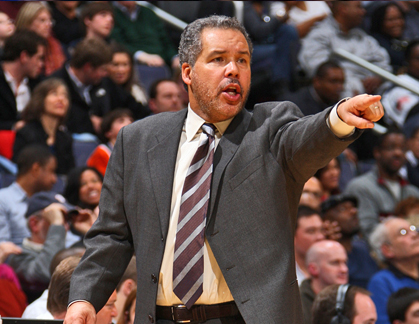 A great basketball mind and diverse speaker, has held many positions in the business of basketball.  Collegiately, he was the Head Coach at American University from 1982-90.  As a NBA Executive, he was Vice President of Player Personnel and Basketball Operations and Interim President and General Manager of the New York Knicks in the 1990’s, the first hire of the Charlotte Bobcats as President in 2004, Head Coach of the Washington Wizards in 2008, and many post jobs such as scout and sports agent.  At the Coaching Seminar, Ed will shared his vast basketball experiences and insight to player development and effective management.